Collecting Muscle Cars – What to Know 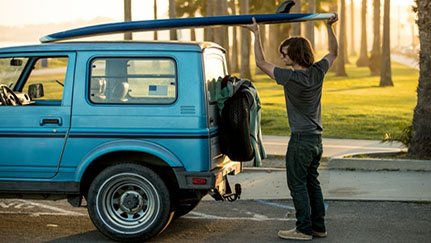 If you’ve held on to a certain car, SUV, hatchback or truck from the 1980s or 1990s, you may want to keep it — and check Hagerty's Classic Car Value Guide to learn if it's become a collector vehicle. A number of special edition vehicles and popular models manufactured in these decades have reached collectible status or may soon do so.

Essentially, a muscle car is one with a light body and a big engine. Collectible cars have long been considered mostly early-model vehicles with historical and aesthetic value, such as a 1930s Ford Model A or a restored muscle car from the 1960s. But with an upsurge in car collecting lately, collectors have also been looking to newer models.

It's almost impossible to imagine what American car culture would look like without the muscle car. More than half a century after the first one rolled out of the showroom, the popularity of these high-powered head-turners is gaining momentum again.

Since the introduction of the first muscle car in 1949, drivers have been fascinated with the ability to cram greater power and speed into their cars. The Oldsmobile Rocket 88 changed the world when it put a V8 inside a body designed for a six-cylinder engine.

"If you look at what was happening with our country at that time, it makes sense," says Tim Marinos, an auto restorer and owner of Vintage Autocraft in Lebanon, Tenn. "This all grew out of the [World War II] era. There was better technology, and we were learning more about what cars could do. We had access to more power."

The increased interest in collectibles is partly due to more classic car enthusiasts joining the ranks of collectors. At the same time, investors are buying collectible cars because of their potential to rise in value.

Is your teenage dream car an emerging classic?

Recent years have seen increased interest in the muscle car. Marinos attributes part of that popularity to the fact that adults tend to gravitate to the cars that were cool when they were in high school.

Marinos, who owns a 1969 Pontiac Firebird Trans Am, knows first-hand the joy of having a fully restored muscle car. He says the ones that have been well preserved still fetch a premium price, and others that haven't been as well cared for will often be renovated to bring that teenage dream back to life.

Nostalgia is an important factor turning some cars from the 1980s and 1990s into collectibles. Anyone who grew up in this era will typically be more familiar with these cars and may have fond connections to them regardless of performance ability. Buying a now-classic model of the first car you ever drove or owned can lead to certain sought-after cars achieving collectible status.

The coupe you drove in college might now be eligible for classic coverage. If you're considering buying your dream car back, check with your agent. If you plan to use the car sparingly, keep it in a secure location and have a primary daily driver, we might well be able to insure your former dream car as a modern classic.

Here are a few newer cars from that era that are considered collectible:

Some car enthusiasts say that a small inventory can also ensure that a car becomes a collectable. Collectors often look for models released in limited editions by automakers. The rarity of some models, especially with performance auto brands, has pushed the prices of certain cars well beyond their original cost.

Novelty is another reason a newer car may become collectable. A groundbreaking car, such as the first generation of a pioneering hybrid vehicle, can significantly increase in value over time.

For automakers that have ceased to exist, such as Oldsmobile and Saab, models from their last year of production may become valuable to fans of those brands. For car collectors, it's akin to owning a bit of history and notoriety, similar to the DeLorean and its huge jump in collectability since it was discontinued.

Whatever present or future classic car you may own, it's vital to fully protect your investment with the proper insurance. Find out how Nationwide classic and antique car insurance can offer protection catered to your emerging classic vehicle’s needs.

Insurance terms, definitions and explanations are intended for informational purposes only and do not in any way replace or modify the definitions and information contained in individual insurance contracts, policies or declaration pages, which are controlling. Such terms and availability may vary by state and exclusions may apply. Discounts may not be applied to all policy coverages.